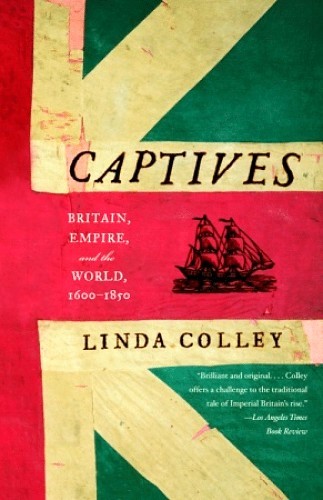 ‘A book which should alter the way in which the history not only of the British, but of all European Empires if written’
London Review of Books 14 November 2002

Ranging over a quarter of a millennium and four continents, Captives uncovers the experiences and writings of those tens of thousands of men and women who took part in Britain’s rise to imperial pre-eminence, but who got caught and caught out.

Here are the stories of Sarah Shade, a camp follower imprisoned alongside defeated British legions in Southern India; of Joseph Pitts, white slave and pilgrim to Mecca; of Florentia Sale, captive and diarist in Afghanistan; of those individuals who crossed the cultural divide and switched identities, like the Irishman George Thomas; and of others who made it back, like the onetime Chippewa warrior and Scot, John Rutherford.