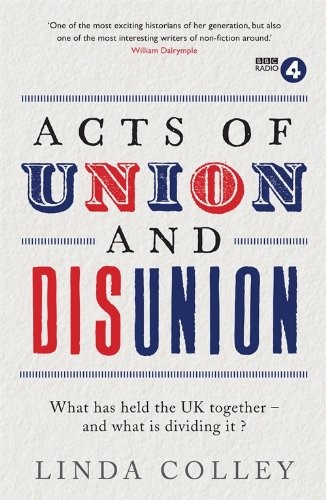 Acts of Union and Disunion

‘Poses the fundamental question, will Britain break up this century? Essential reading for Scots and English alike as the battle over independence steps up a gear’
Sunday Times 11 January 2014

‘Colley has offered a brief and very useful contribution to our British-Scottish, English, Welsh, Northern Irish and European debates: and she has done so in a commendably calm and reasonable tone of voice’
Scotsman 29 December 2013

‘Colley does an excellent job of making the reader think about various political unions that made the UK… She not only explores each constituent nation’s unity, and disunity, within the UK enterprise but also discusses the world that the British and Irish made beyond these shores’
Times Higher Education Supplement 23 January 2014

The United Kingdom; Great Britain; the British Isles; the Home Nations: such a wealth of different names implies uncertainty and contention – and an ability to invent and adjust. In a year that sees a Scottish referendum on independence, Linda Colley analyses some of the forces that have unified Britain in the past.

As acts of union and disunion again become increasingly relevant to our daily lives and politics, Colley considers how – if at all – the pieces might be put together anew, and what this might mean.